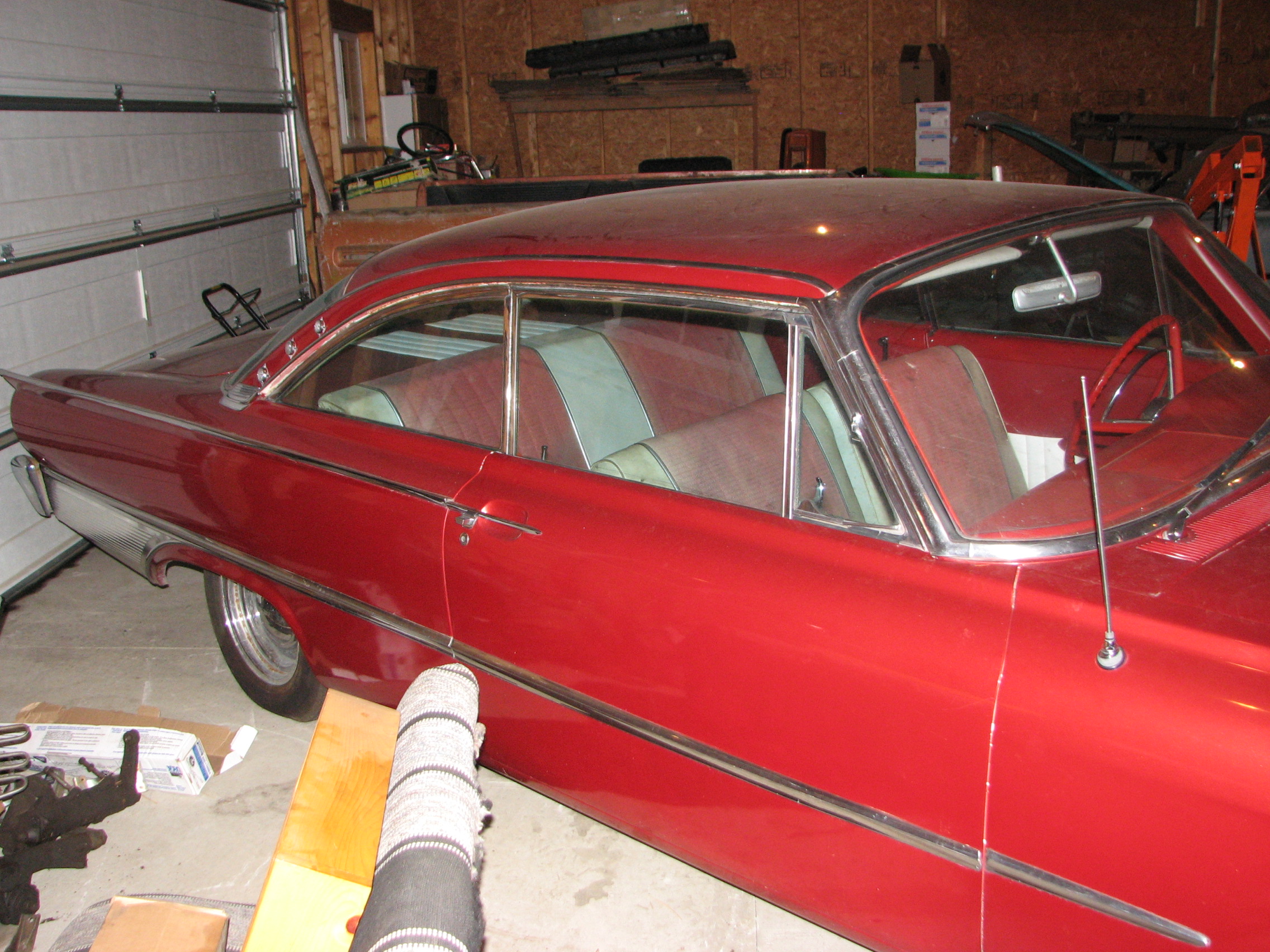 The car still retains it’s original 9-inch Equa-Lok rear but the 3.56 rear gear was swapped out in favor of a 3.70 ratio. Our plans included cloning a factory Hi-po car with the OE style 3×2 induction setup, backing it with a 4-speed manual transmission since there were dealer installed 4-speeds in 1961. We’ll probably use a Toploader rather than the Borg Warner unit that would have been installed by dealers back in the day. The interior will get a freshening up along with some small bodywork issues which need to be addressed. The trunk pan is perforated with rust holes and was repaired by laying sheet metal over the original pan, which should be repaired properly using a  correct trunk pan from a donor car. The car will most likely be returned to it’s original white color. A Crite’s teardrop hood might be one deviation from stock. One of the things certainly needing addressed is the rat’s nest of a wiring harness currently located under the hood. We will definitely want to clean this up with a replacement harness.

We will probably hit a few cruise-ins this summer before yanking the non-original drivetrain and beginning the restoration process. We at least need to get the car outside when our winter weather subsides for some better pictures of the car. It’s difficult getting good quality pictures of a full-size car in a cluttered shop environment. At least you can see it’s in the good company of other cool Fords! Now the search begins for a ’61 date coded 390 block. 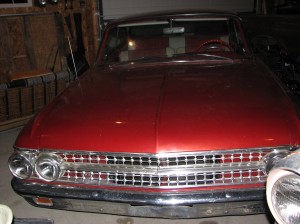 1961 Ford Starliner being photo-bombed by a 1955 Ford Customline. 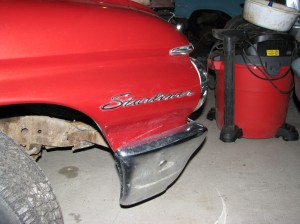