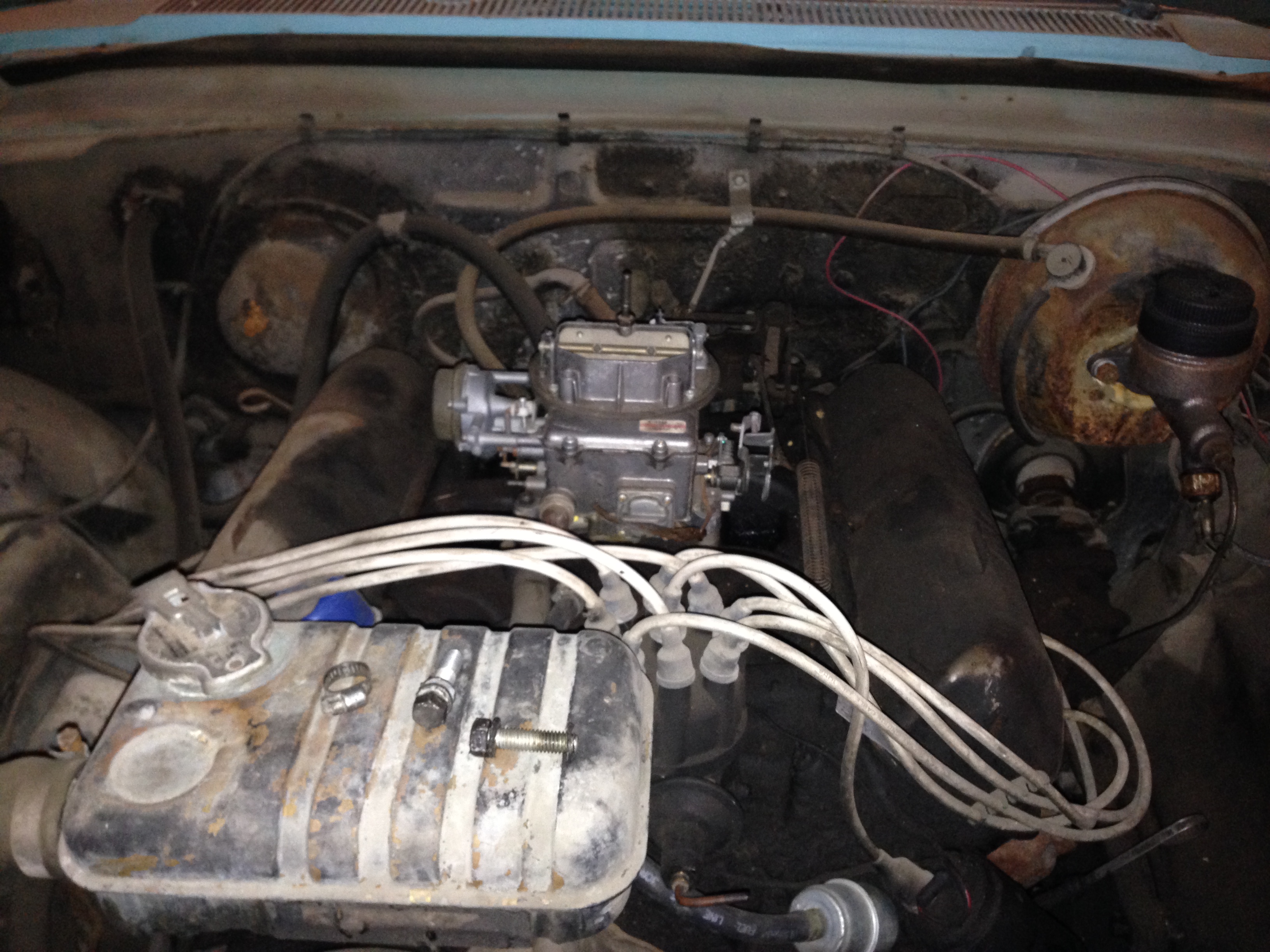 Work is progressing slowly on the 1964 Mercury Montclair Marauder. Basically, it just needs a new fuel pump installed to be a running vehicle. The brake repairs have been completed so it is just a matter of getting the car moving under it’s own power. We have the new fuel pump on hand already and have already installed a newer Autolite 2100 two barrel since the original was pretty gummed up. The original carburetor is rebuildable but it was just easier to swap on the newer one since we had it sitting around. We’ve been spending most of our time on our recently acquired 1966 Galaxie 7-litre so we’ve kind of neglected the poor old Merc a bit lately. The other snag to hitting the track has been finding the rear trim piece on the trunk which houses the trunk lock assembly. Ours is broken and we surely need to be able to secure the trunk lid before blazing down the tarmac! The new vs old grudge match against the newer 2009 Subaru Legacy should take place later this summer so stay tuned!